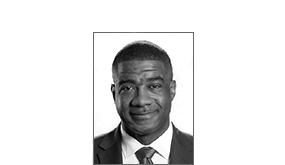 Albert (Al) J. Williams, 54, is vice president of Corporate Affairs for Chevron Corporation, a position he assumed in March 2021. He is responsible for overseeing government affairs, public affairs, social investment and performance, and the company’s worldwide efforts to protect and enhance its reputation.

Previously, Williams served as managing director of Chevron Australia with responsibility for Chevron’s interests and activities in Australia and New Zealand since 2019. Williams had oversight of Chevron’s exploration, appraisal and development activities and the operations of the Gorgon and Wheatstone natural gas facilities as well as government, partner, and community relations.

Williams was vice president, San Joaquin Valley Business Unit for Chevron North America Exploration and Production Company where he was responsible for Chevron’s oil and gas production operations in California.

Since joining Chevron in 1991 as an electrical facilities engineer, Williams’ experience has encompassed upstream, midstream, and downstream — including assignments in Australia, Indonesia, Kazakhstan, Thailand, and multiple locations in the United States.

A native of Mississippi, Williams is a lifetime member of the National Society of Black Engineers. He also served as the first president of the Chevron Black Employee Network at its formation in 2000.

He earned a bachelor’s degree in electrical engineering from Mississippi State University and a master’s degree in business administration degree from Tulane University.