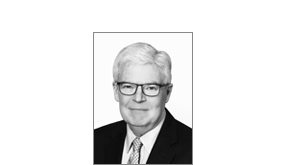 C.N. (Sandy) Macfarlane, 66, is vice president and general tax counsel for Chevron Corporation, a position he has held since 2010. He is responsible for directing Chevron’s worldwide tax activities.

Previously Macfarlane served as assistant general tax counsel from 1999 to 2010 and was responsible for worldwide tax planning and tax legal matters.

Macfarlane has held a number of positions within the Tax Department, including coordinator of tax audits and litigation, managing tax attorney, manager of tax compliance and assistant general tax counsel.

Macfarlane serves on the American Petroleum Institute’s Tax Committee and on the Internal Revenue Service Advisory Council. He is also a member of the Board of Directors of Tax Executives Institute, the Board of Chanticleer and the American Bar Association.