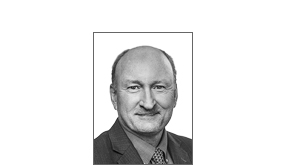 David A. (Dave) Inchausti, 58, is vice president and controller for Chevron Corporation, a position he assumed in 2019. He is responsible for corporatewide accounting, financial reporting and analysis, internal controls, accounting policy, and digital finance.

Inchausti previously served as deputy comptroller in 2018, and comptroller for Chevron’s Upstream organization since 2015.

Inchausti has held positions of increasing responsibility within the finance function. Prior positions include vice president finance in Chevron’s IndoAsia Business Unit (IBU), based in Jakarta, Indonesia, which encompasses Chevron’s upstream oil, gas and geothermal activities in Indonesia and the Philippines; leadership and analytical positions in Treasury and financial reporting, as well as general finance management positions in onshore, offshore and start-up operations in Kazakhstan, Thailand, Venezuela and Angola, over a 20-year period outside the U.S.

Inchausti joined Chevron in 1988 as an analyst in Chevron U.S.A. Supply & Distribution in Concord, California.

Inchausti earned a bachelor’s degree in business administration from the University of California, Berkeley, in 1985. He is a member of Financial Executives International Committee on Corporate Reporting.