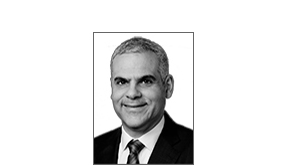 Paul R. Antebi, 50, is vice president and general tax counsel for Chevron Corporation, a position he assumed in 2021.  He is responsible for directing Chevron’s worldwide tax activities across the corporation.

Antebi serves on the American Petroleum Institute’s Tax Committee.  He previously served as the Chairman of the Tax & Legal Committee of the American Chamber of Commerce in Bangkok, and as a member of the Museum Council for the Asian Art Museum of San Francisco.

Antebi joined Unocal in 1998 as a Tax Attorney. He earned his B.B.A. from the College of William and Mary in 1994 and his law degree from the University of Houston Law Center in 1997 and is a certified public accountant.