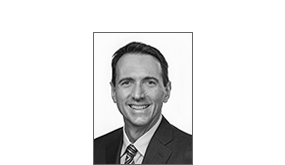 Pierre R. Breber, 56, is vice president and chief financial officer of Chevron, a position he assumed in 2019. He is responsible for controller, tax, treasury, audit and investor relations activities worldwide.

Previously Breber served as executive vice president of Downstream and Chemicals since 2016. In this role, he was responsible for directing the company’s worldwide manufacturing, marketing, lubricants, chemicals and Oronite additives businesses. He also oversaw Chevron’s joint-venture Chevron Phillips Chemical Company.

Breber was executive vice president of Gas and Midstream where he was responsible for commercializing Chevron’s natural gas resources and the company’s shipping, pipeline, power and energy management, and supply and trading operations. With more than 25 years of service, Breber has served in a number of leadership positions with increasing responsibilities including managing director, Asia South Business Unit; Chevron vice president and treasurer; vice president, Finance, Chevron Downstream; and manager, Finance and Business Services, Chevron Upstream Europe Business Unit.

Breber is chair of the board of directors of the United Way Bay Area. He also serves as a board member of Air Liquide S.A. and the Thurgood Marshall College Fund.

Breber joined Chevron in 1989 as a financial analyst. He earned bachelor’s and master’s degrees in mechanical engineering from the University of California, Berkeley, in 1986 and 1987, respectively, and a master’s degree in business administration from Cornell University in 1989.