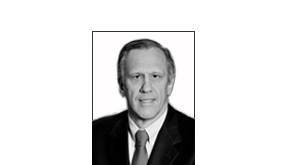 Randolph S. (Randy) Richards, 64, is vice president and treasurer for Chevron Corporation, a position he has held since 2016. He is responsible for banking, financing, cash management, insurance, pension investments, and credit and receivables activities across the corporation.

Previously Richards served as vice president, Finance, for Chevron Upstream and was responsible for San Ramon and overseas finance activities. In addition to his Upstream Finance responsibilities, Richards was one of Chevron’s representatives on the Tengizchevroil Partnership Council.

Prior to that role Richards was deputy comptroller for Chevron, and has also held a number of positions of increasing responsibility including general manager, Investor Relations; vice president, Finance, Europe West Africa Products; corporate financing manager, Treasury; and other financial and shared service delivery positions.

Richards joined Chevron in 1979 as a financial analyst in the M.B.A. Development Program. He earned a bachelor’s degree in industrial engineering from Stanford University in 1977, and a master’s degree in business administration from the University of Chicago in 1979.