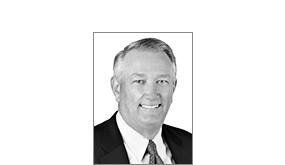 Stephen W. (Steve) Green, is president of Chevron North America Exploration and Production. As president, Green oversees Chevron's exploration and production activities throughout North America, including the company’s significant portfolio of assets in Canada, California, the Gulf of Mexico, Pennsylvania and the Mid-Continent region of the United States.

Prior to that role, Green served as vice president of Policy, Government and Public Affairs for Chevron Corporation. He was responsible for U.S. and international government relations, communications, and the company’s worldwide efforts to protect and enhance its reputation.

Green also served as president of Chevron Indonesia Company and managing director of the Chevron IndoAsia Business Unit from 2008 to 2011. During this time he was responsible for all aspects of the business unit’s oil, gas and geothermal operations, including exploration, production, project development and business support services.

Prior to joining Chevron, Green was chief executive officer of Unocal Thailand, Ltd., and vice president of International Energy Operations for Myanmar, Thailand and Vietnam from 2004 until Chevron’s merger with Unocal in 2005. After the merger, Green served through 2007 as managing director of Chevron’s Asia South business unit, adding Bangladesh, Cambodia and China to his previous responsibilities.

Green is chair of the American Petroleum Institute’s Upstream Committee, serves on the board of trustees of The First Tee, and the executive committee of the Greater Houston Partnership. He is a member of the Society of Petroleum Engineers.

Green joined Chevron in 2005 upon the merger with Unocal Corporation. He earned a bachelor’s degree in engineering from Texas A&M University in 1980 and completed the Stanford Graduate School of Business Executive Program in 2003.