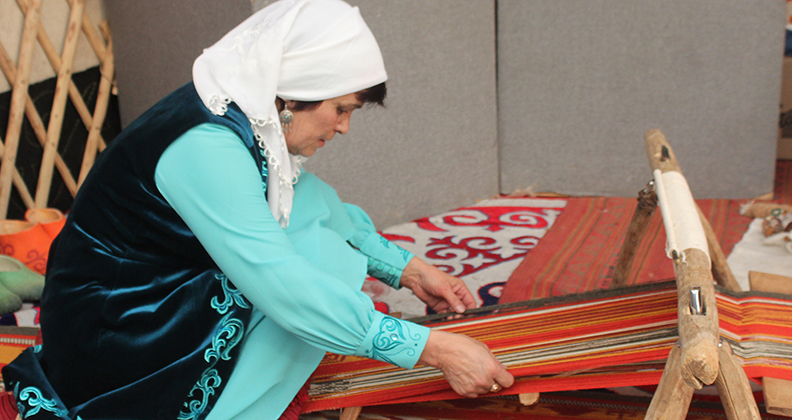 featurecreating futures from
crafts of the past

When Beisbekov Bolatbek and his wife Aidarbekova Kulyash graduated from art school in the 1980s, they struggled to use their skills to make a living, working as interior decorators while creating artwork in their spare time. Then an opportunity arose. Ignoring advice from others, they took their homemade souvenirs down to the railway station where other traders were selling food and water. As tourist numbers grew, so did public enthusiasm and their unique crafts became a huge success.

At around this time, a program for the development of artisans and crafts in Kazakhstan, supported by Chevron, and in partnership with Our Heritage, Eurasia Foundation Central Asia, UNESCO (the United Nations Educational, Scientific and Cultural Organization), and the United Nations Development Program, was launched. In little over 10 years, the Sheber program has risen to prominence and helped encourage and recognize the country’s artisans.

“Chevron has made a significant contribution to Kazakhstan’s cultural heritage through our support for Sheber, which plays an important role in improving the status and quality of life of local artisans,” said Tim Miller, managing director of Chevron’s Eurasia Business Unit.

“It supports the growth of entrepreneurship and helps preserve, develop and revive arts and crafts in the country. Like our other social investments, Sheber builds human capacity by training communities to be more resilient and prosperous through the strengthening of skills and extension of knowledge.” 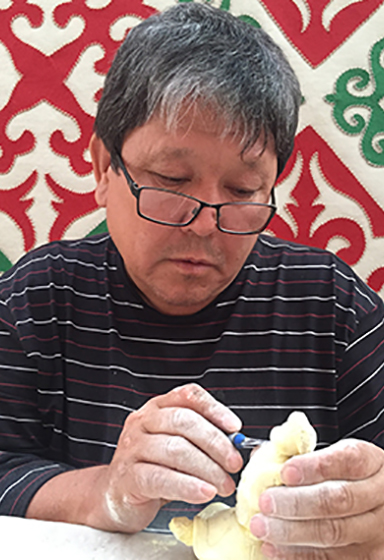 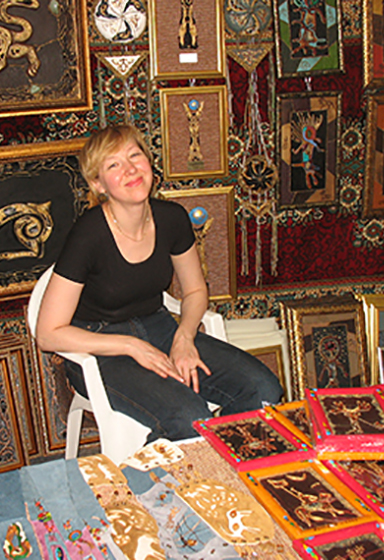 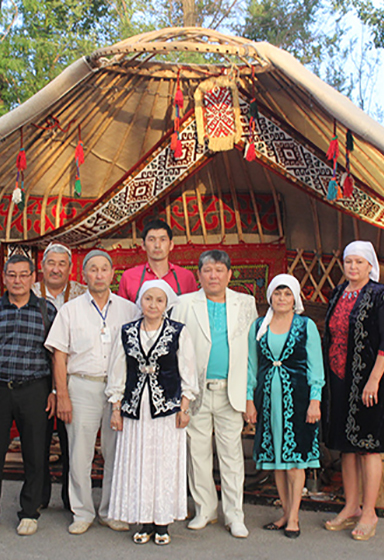 These artisans of south Kazakhstan are among the hundreds of craftspeople nationwide who are benefitting from the upsurge of interest in native artisanship.

Chevron’s support for Sheber grew out of research conducted in 2006 in partnership with the Eurasia Foundation Central Asia. This revealed that though Kazakhstan led in many areas of economic development, it lagged in the craft sector, especially in comparison to other central Asian nations. This stemmed from the absence of professional and business training, limited access to markets, and no networking among artisans – with half of the artisans surveyed saying they were only involved in crafts as hobbies.

Since then, the project has helped thousands of artisans, with many like Beisbekov and Aidarbekova becoming successful entrepreneurs. Sheber is now seen as a “haven for creativity”, with local artisans showcasing ancestral crafts like using felt made from boiled camel fur, the material from which yurts – traditional nomads' tents – are made, to produce souvenirs like hats, slippers and bags.

The project includes many educational components like business skills training for unemployed and socially vulnerable women, but perhaps its key achievement has been the 2012 formation of the Union of Artisans – a professional organization that supports and promotes the interests of the country’s craftspeople. The union, which is recognized by the Ministry of Culture and the Ministry of Economic Affairs, works extensively throughout Kazakhstan with around 600 additional artisans. The project has also led to the creation of seven artisan development centers in Almaty, Karaganda, Aktobe, Kzyl-Orda, Aktau, Shymkent and Ust-Kamenogorsk.

Sheber has also inspired an annual national competition to select the 12 best artisans across 12 categories. Launched in 2009 and, through a rule change made five years later, the artisans themselves now select the Master of Masters – identified as “living legends”. This distinction celebrates the most venerated artisans for their contribution to the development of crafts and their incontestable legacy. The winners are awarded a study tour to present Kazakhstani crafts internationally and take part in various master classes and workshops. Exhibitions have been organized around the globe, with winners showcasing their cultural heritage in China, India, Malaysia, Russia, and the United States.

When the competition began, it had no applications in the young talent category. But by 2017, young artisans represented the most popular category, with more than 20 contestants. With the next generation engaged, the project is helping support the continuity and transfer of knowledge among artisans, and ensuring traditional skills are not lost.

The government of Kazakhstan has also demonstrated its support for the program. In 2016, the Ministry of Culture presented meritorious awards to two artisans for the first time in the country’s history. Since then, the government has invited more than 200 artisans to showcase Kazakhstani culture at EXPO 2017 in Astana, taking place later this year, involving the presentation and sale of Kazakhstani souvenirs over a three-month period.

“Today, Sheber is well recognized by Chevron and key stakeholders as a signature project with a significant impact on the artisans’ community development in the country,” added Miller.

Did you know?
The Sheber program led to the formation of the Union of Artisans – a professional organization recognized by key Ministries – which promotes the country’s craftspeople