press releaseJohn B. Frank Elected to
Chevron’s Board of Directors

SAN RAMON, Calif., Oct. 26, 2017 – Chevron Corporation (NYSE: CVX) announced that John B. Frank has been elected to Chevron’s board of directors. Frank’s appointment is effective November 2, 2017, and he will serve on the company’s Audit Committee.

“John Frank brings more than 30 years of legal and finance experience to the company,” said John Watson, Chevron’s chairman of the board and chief executive officer. “His knowledge of capital markets and risk management will be valuable to the board.”

Frank, 61, is Vice Chairman of Oaktree Capital Management, L.P., a firm he joined in 2001 as General Counsel. Frank was Oaktree’s managing partner from 2005 until 2014. Previously, Frank was a partner with the law firm of Munger, Tolles & Olson, L.L.P. Prior to joining Munger Tolles in 1984, Frank served as a law clerk to the Honorable Frank M. Coffin of the United States Court of Appeals for the First Circuit. Frank holds a bachelor’s degree in history from Wesleyan University, as well as a Juris Doctor degree from the University of Michigan Law School, and is a Trustee of Wesleyan University, Polytechnic School, Good Samaritan Hospital of Los Angeles and the XPRIZE Foundation. 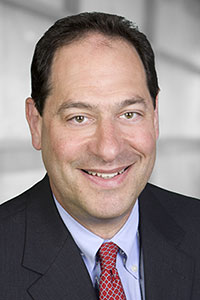 Chevron Corporation is one of the world’s leading integrated energy companies. Through its subsidiaries that conduct business worldwide, the company is involved in virtually every facet of the energy industry. Chevron explores for, produces and transports crude oil and natural gas; refines, markets and distributes transportation fuels and lubricants; manufactures and sells petrochemicals and additives; generates power; and develops and deploys technologies that enhance business value in every aspect of the company’s operations. Chevron is based in San Ramon, Calif. More information about Chevron is available at www.chevron.com.