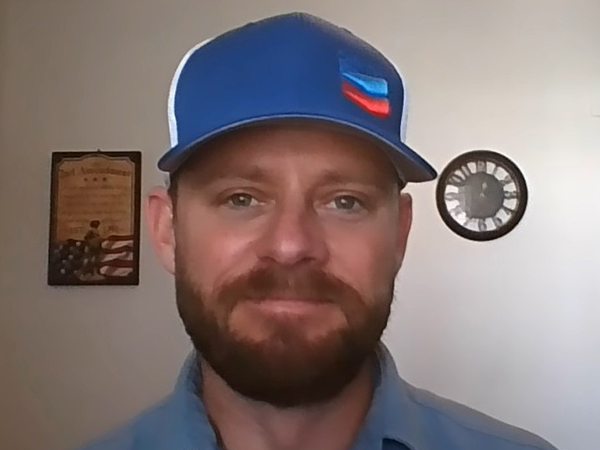 Kevin Stewart’s career at Chevron started in on the ground floor. Literally.

“I’ve been in the industry 17 years and I started in the field as a Roustabout Welders Helper on pipelines and facilities,” Kevin says. “As a roustabout, I worked to build, expand and maintain the facilities and supporting infrastructure as the field’s production grew.”

It was hard work, but it gave him first-hand knowledge of what happens in an oil field. So, after doing that as an independent for three years, he was able to join Chevron as a field operator.

His job now is to oversee the safety and efficiency of day-to-day operations at the San Ardo Field in Monterey County.

“I make sure we’re executing maintenance activities and make sure we stay in full compliance with the rules from all the different regulatory agencies,” he says.

While roustabout work is hands-on, Kevin’s job today relies a lot more on sophisticated technology that lets the field operations team monitor each well and diagnose and troubleshoot any problems that may arise. The advances in technology help him and his colleagues see trends around the different activities including tank levels and vessel levels, how much oil and water is being produced, and where.

Kevin enjoys that fact that in his work every day is something new, something different. He also likes that he can still work with his hands, which he also does in his spare time, woodworking, woodturning or furniture building.

Kevin credits his rise in the company in part to Chevron’s career development and mentorship programs that help people develop skills and look for opportunities to use them.

“When I entered Chevron I intended to stay an operator but Chevron opened up the doors to multiple opportunities,” he says. “If you’re willing to learn something or are interested in a different type of job, they will provide you with the tools and resources to help you learn.”

Kevin’s career at Chevron has been close to home. He was born and raised in the San Joaquin Valley, living in San Ardo, Paso Robles and, from middle school on, in Coalinga, the town he still calls home.

Working in the oil industry in the same town where he grew up makes Chevron’s focus on safety and the environment a big deal for Kevin.

“Chevron is really a big part of this town, and that’s important in Coalinga,” he says. “We’re a really small and close-knit community. We’re about two miles square, and everybody knows everybody by their first name. So it’s important how invested we are in the community, and how much Chevron is willing to invest in its people.”