emissions solutionshigh hopes for hydrogen at road to zero event

Richmond, California’s Road to Zero Day, co-sponsored by Chevron and the California Fuel Cell Partnership, featured new technologies and stakeholder discussions around the use of hydrogen as an alternative transportation fuel.

We believe the path to achieving carbon-reduction goals will require a multitude of energy sources for power generation, as an alternative transportation fuel and for the industrial sector.

Hydrogen is emerging as one of those energy sources, and its benefits as a transportation fuel were touted at the Richmond Road to Zero Day in August. The event was co-hosted by Chevron and the California Fuel Cell Partnership.

With more than 500 attendees registered, the Richmond Road to Zero Day exhibition featured stakeholders, policymakers and new tech companies who discussed the challenges and opportunities of large-scale hydrogen adoption, and what is needed to overcome those challenges while also exhibiting new technologies. The event also drew Rep. John Garamendi (D-CA) and State Sen. Josh Newman. 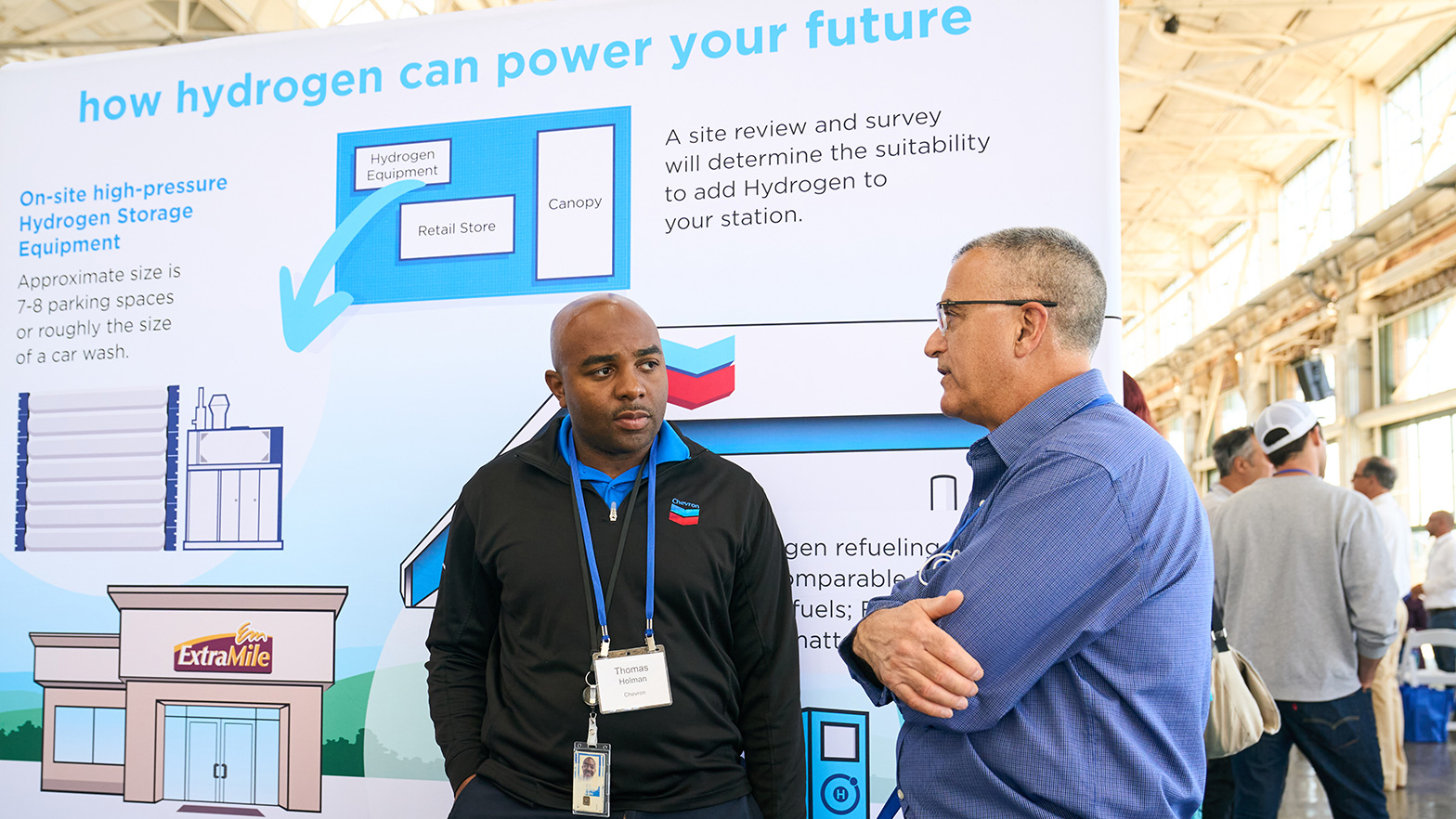 “One single solution isn’t going to solve this problem, and hydrogen fuel cell vehicles, we believe, are going to play an important part,” said Tolly Graves, director at the Chevron Richmond Refinery, during his keynote speech.

As co-host of the event, Chevron is uniquely positioned to participate in the conversation about hydrogen, particularly in Richmond, where we are the largest energy producer in the San Francisco Bay Area. Chevron recently completed a more than $1 billion modernization of its Richmond refinery to reduce emissions and improve safety and reliability.

“One of the outcomes of that project was that we built two hydrogen plants that not only meet the refining needs for hydrogen but also created excess capacity to be used in other ways,” Graves said. 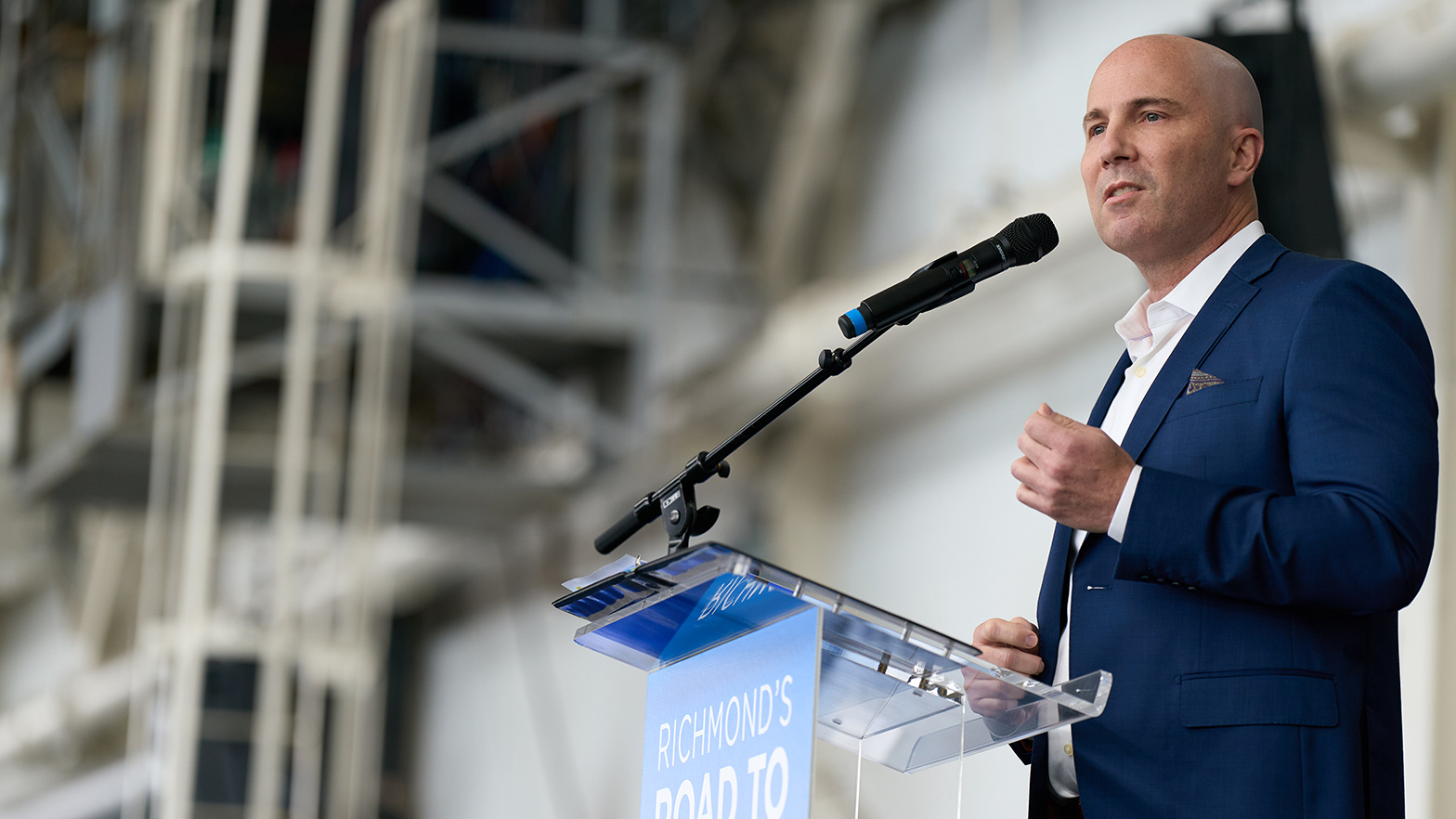 Tolly Graves, director of the Chevron Richmond Refinery, discussed the role of hydrogen as a key alternative transportation fuel.

In addition, Chevron announced an agreement with Iwatani to build 30 hydrogen fueling stations in California as part of a $10 billion investment we are making.

The event was held the same day that the California Air Resources Board approved the Advanced Clean Cars II rule. The mandate establishes a course for the state that all new passenger vehicles sold in California will be zero emissions by 2035.

Speaking at the Richmond event, Michael Hoban, Chevron New Energies hydrogen general manager, said that it is critical to manage the balance between the supply and demand of hydrogen-powered vehicles with that of fueling stations.

“Partnership and thoughtful policy are important in solving issues related to the much-discussed ‘chicken-and-egg’ issue around hydrogen development,” Hoban said. “We can’t let the cars on the demand side get ahead of supply, and we also can’t build supply without an expectation that there will be a market for the product.” 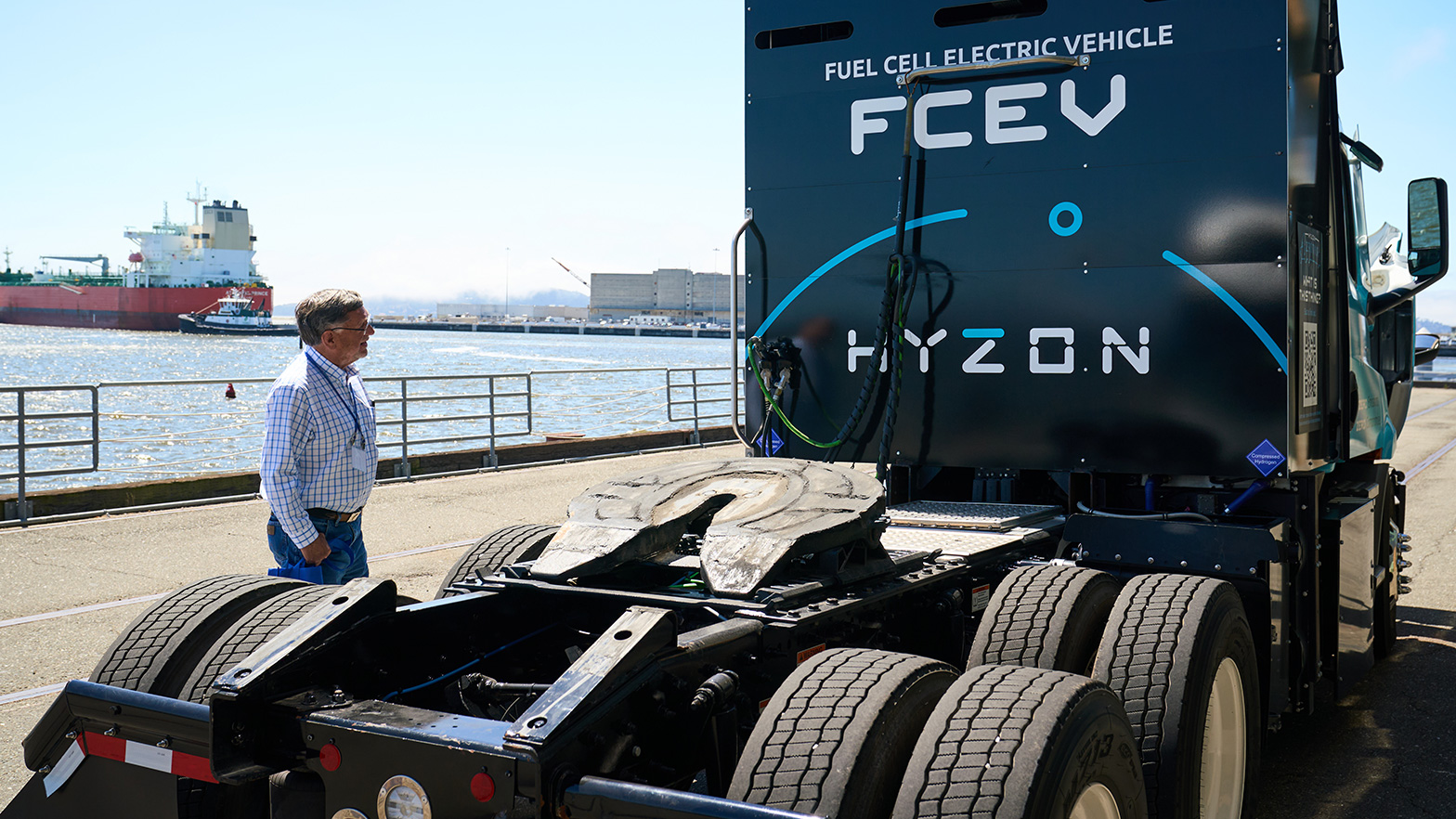 Companies such as Hyzon displayed their zero-emission vehicles at Richmond’s Road to Zero Day.

Chevron is investing in technologies and working with partners to create demand and develop equipment for the hydrogen industry. Chevron recently provided funding into Zero Emissions Industries, which develops hydrogen fuel cells for the maritime industry.

“One single solution isn’t going to solve this problem, and hydrogen fuel cell vehicles, we believe, are going to play an important part.”

director of the chevron richmond refinery