people and communityrunners go the distance for houston community

Tens of thousands of runners took part in the Chevron Houston Marathon, half marathon and 5K.

In a test of endurance, first you’ve got to last.

And endure they did, the tens of thousands of runners from all 50 U.S. states and 47 countries pacing through the 26.2-mile course in the 2023 Chevron Houston Marathon.

“Chevron believes in the power of human energy,” Bruce Niemeyer, president of Americas Exploration and Production for Chevron, said before the race. There may be no better demonstration of that than the tens of thousands of runners, thousands of volunteers and a quarter of a million spectators at the event. 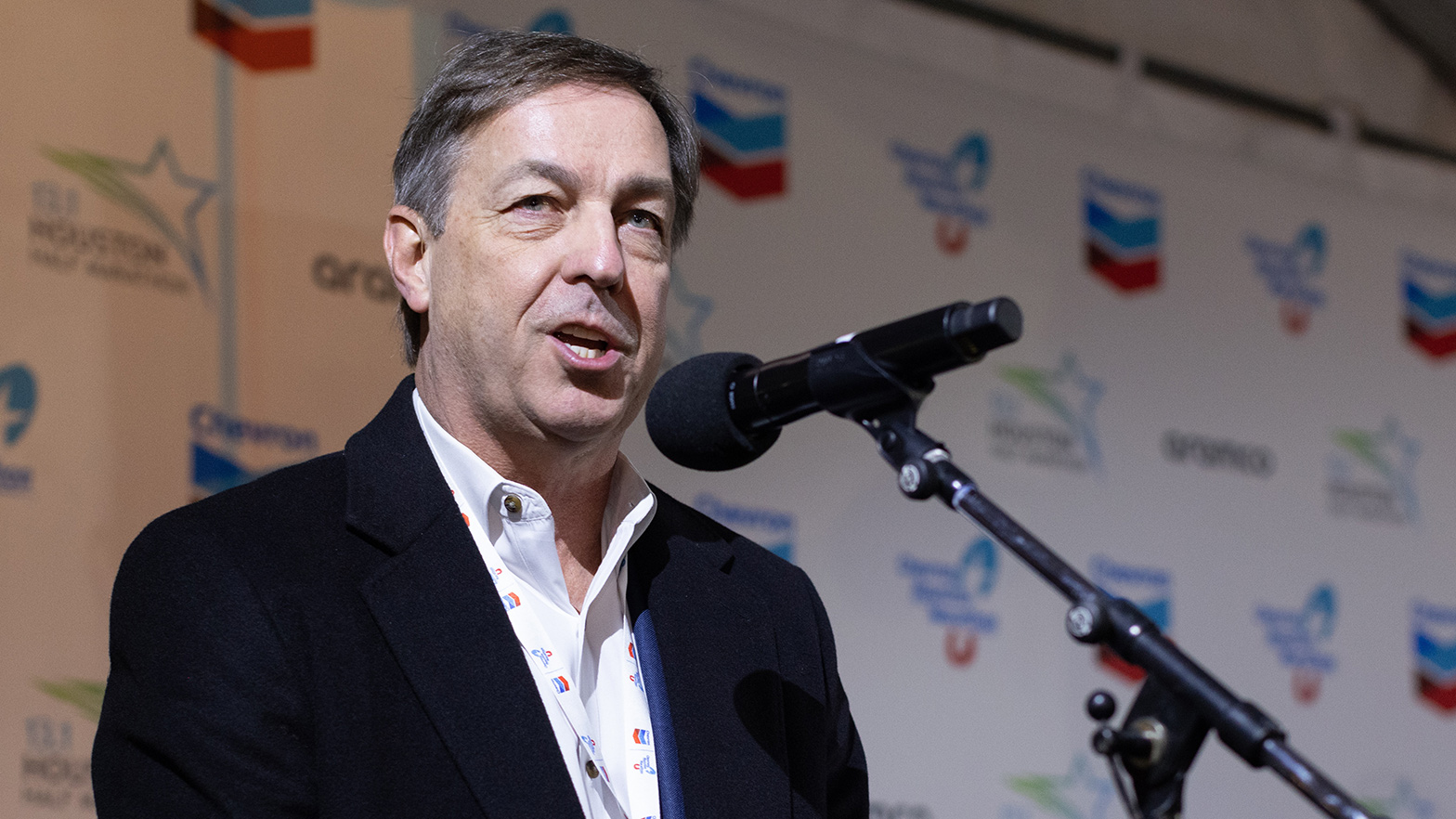 Chevron President of Americas Exploration and Production, Bruce Niemeyer, delivers opening remarks prior to the start of the marathon.

2023 marks the 18th year that we have served as the title sponsor for the Chevron Houston Marathon. More than 120 of our employees volunteered at this year’s event, helping at the event expo and passing out water along the course and medals to finishers. 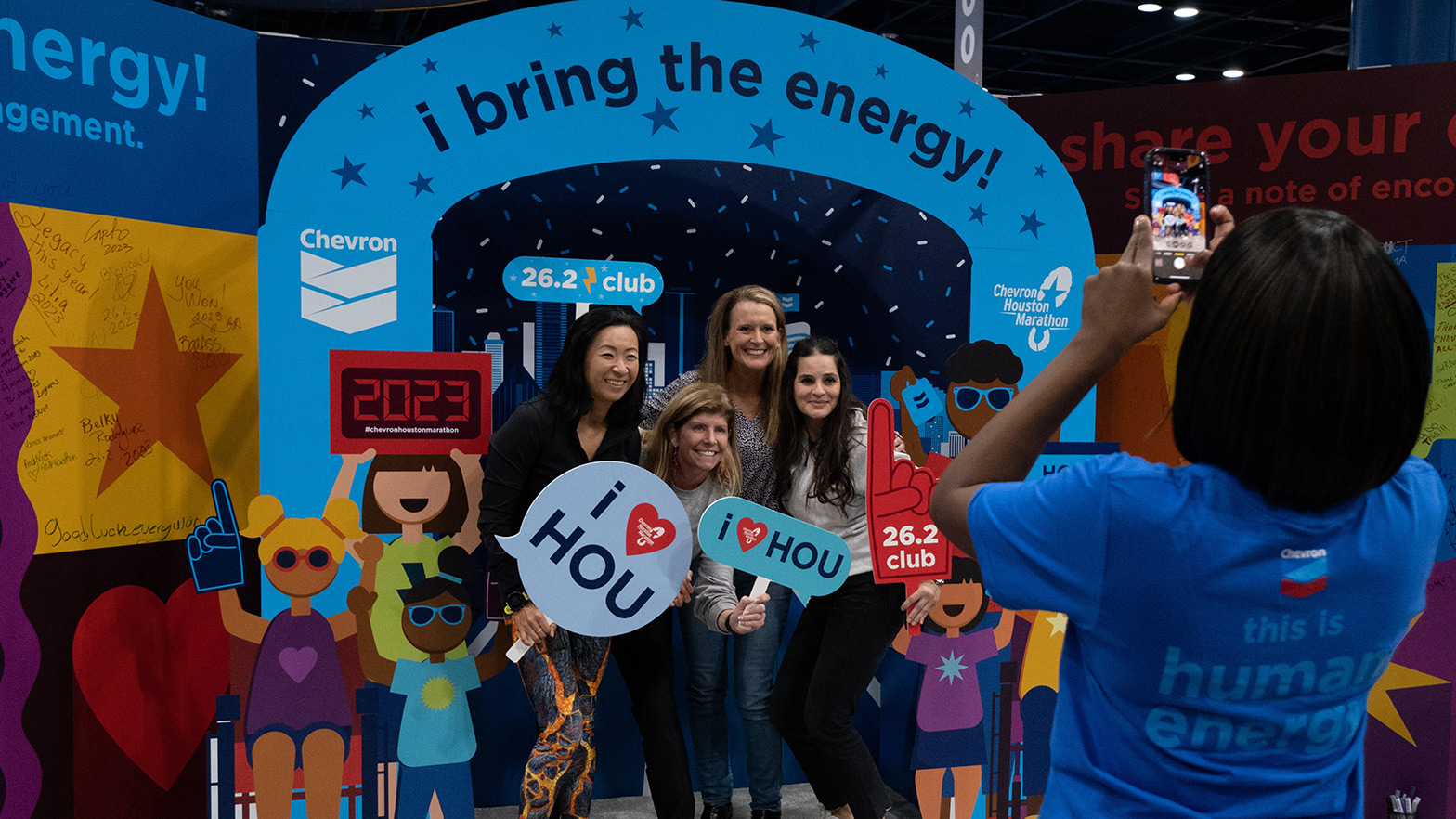 A Chevron volunteer takes photos at a photo booth at the Chevron Houston Marathon Expo.

In addition to lending support staff to the event, Chevron donated $75,000 to three charities through our Run for a Reason campaign. Receiving $25,000 donations each were The Arbor School, Houston Haven and Addi’s Faith Foundation.

“We have so many families in need that are coming to us during one of the most devastating times in their lives—they’re fighting for their child’s life,” said Amber Bender, co-founder and executive director of Addi’s Faith Foundation. “This time often comes with a lot of excess bills during a time when their income is reduced, because they are at treatment and spending time in the hospital. More and more families are coming to us in need, and this is really going to help us.” 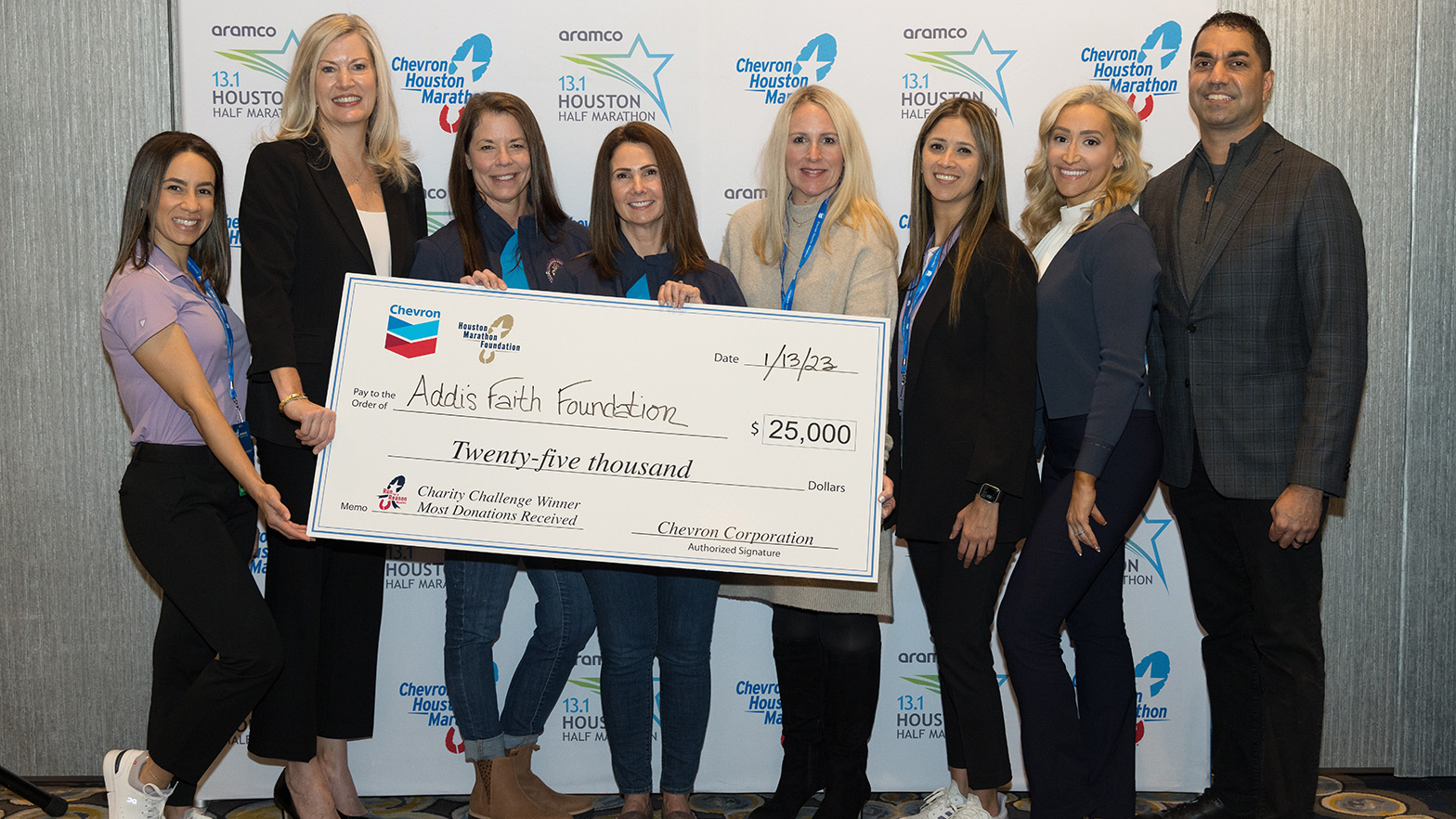 Addi’s Faith Foundation was a recipient of Chevron’s Run for a Reason campaign donation.

Since 2013, Chevron has donated $700,000 through the Run for a Reason campaign, benefiting more than a hundred charities.

This year was the 51st anniversary of the Chevron Houston Marathon, the largest single-day spectator event in the city. Finishing first for the men was Dominic Ondoro of Kenya with a time of 2:10:36. Ondoro narrowly edged Ethiopia’s Tsedat Ayana at the finish line, who came in second place by just 1 second. Hitomi Niiya of Japan was the winning women’s runner, finishing with a time of 2:19:24.

For most of the marathoners, the day was about more than finishing first; it was also about the journey along the way.

“In 2019 I had a seizure, and the doctors found out that I had something in my brain called an AVM (arteriovenous malformation),” Tribo said. “It’s like a bundle of nerves that shouldn’t be there and kind of short-circuits your brain a little bit. In February of 2020 I had brain surgery. It was successful, but after I came out of that I thought, ‘I should do more things.’ When you come out of brain surgery, life becomes short real fast. I’ve always been a runner. So, I thought, I should run a marathon.” 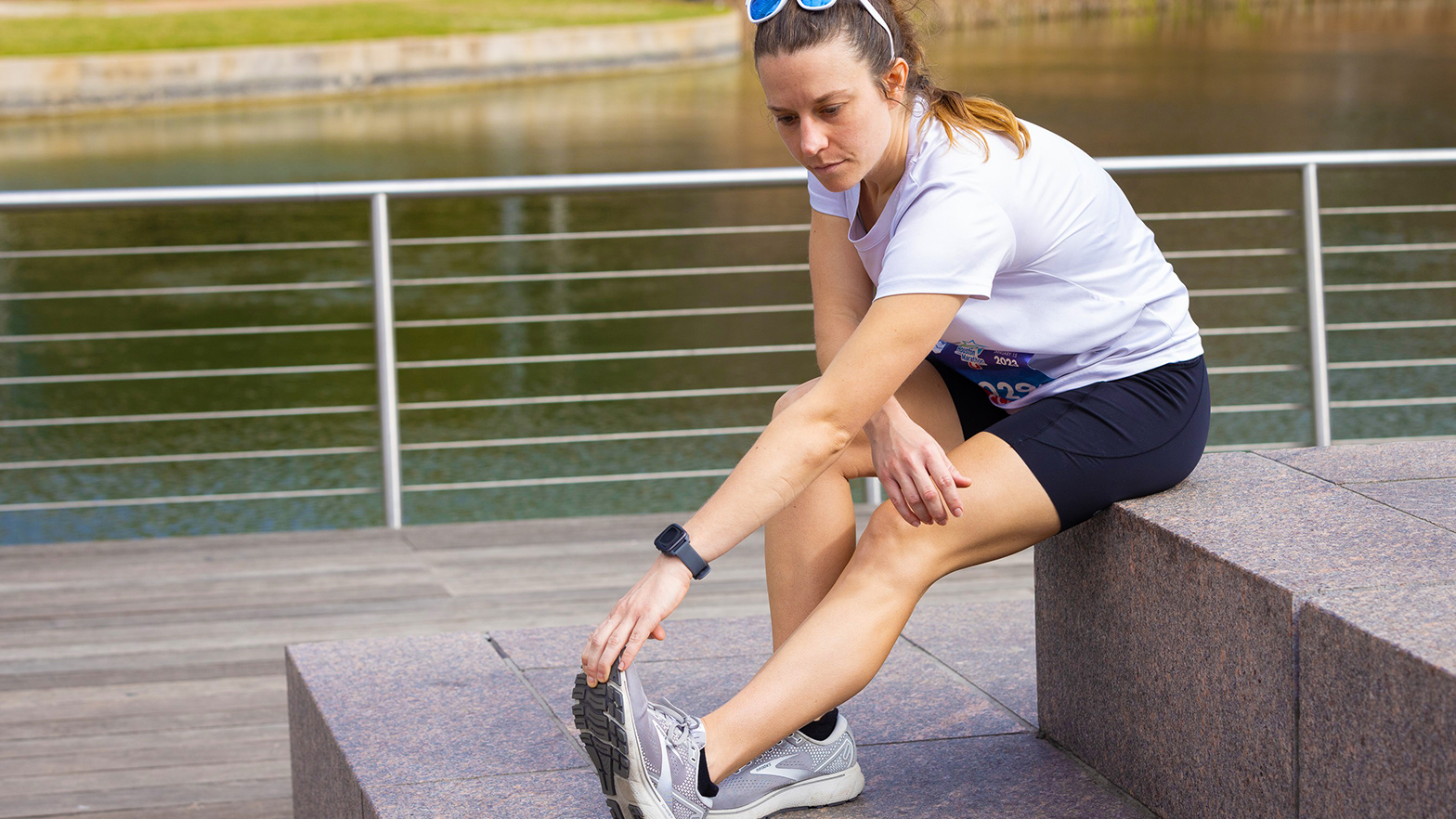 Runners can choose to run in support of a nonprofit organization, and Tribo chose Addi’s Faith Foundation.

“I run every year for Addi’s Faith,” Tribo said. “I have three kids, and I have a couple of friends who have had children with pediatric cancer. And their organization is phenomenal, very near and dear to my heart.”