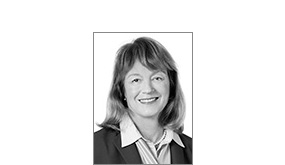 Chevron Committees: Board Nominating and Governance; Public Policy and Sustainability

Dr. Gast has been a Professor Emeritus of Chemical Engineering at Imperial College London, a public research university specializing in science, engineering, medicine, and business, since August 2022. She was President of Imperial College London, from 2014 to August 2022. She was President of Lehigh University, a private research university, from 2006 until 2014 and Vice President for Research, Associate Provost, and Robert T. Haslam Chair in Chemical Engineering at Massachusetts Institute of Technology from 2001 until 2006. Dr. Gast was professor of chemical engineering at Stanford and the Stanford Synchrotron Radiation Laboratory from 1985 until 2001.

Finance: Sixteen years of service as president of leading educational institutions, with ultimate responsibility for finance, fundraising, and endowment management.

Global Business/International Affairs: Serves on the Singapore Ministry of Education’s Academic Research Council and on the Technical University Munich Institute for Advanced Study International Advisory Committee. Served as a U.S. Science Envoy for the U.S. Department of State to advise on ways to foster and deepen relationships with the Caucasus and Central Asia and on the Global Federation of Competitiveness Councils. Served on the Board of Trustees for the King Abdullah University of Science and Technology in Saudi Arabia.

Government/Regulatory/Public Policy: Served on the Homeland Security Science and Technology Advisory Committee. Chaired the scientific review committee empaneled by the National Research Council at the request of the FBI to conduct an independent review of the investigatory methods used by the FBI in the criminal case involving the mailing of anthrax spores. Served on the Board of UKRI, the UK Research and Innovation funding and policy body.

Research/Academia: More than three decades of service in academia and research at leading educational institutions.