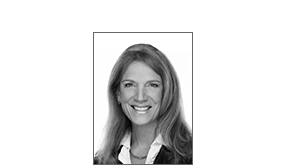 Ms. Warner served as President & Chief Executive Officer for Renewable Energy Group, Inc. (REG) and as a member of REG’s Board of Directors from January 2019 until June 2022. Prior to REG, she served as Executive Vice President, Operations for Andeavor from August 2016 to October 2018 when Andeavor was acquired by Marathon Petroleum Corporation. Prior to that, she served as Andeavor’s Executive Vice President, Strategy and Business Development from October 2014 to August 2016. She was Chairman and Chief Executive Officer of Sapphire Energy, Inc. from 2012 to 2014 and was Chairman and President of Sapphire Energy from 2009 to 2011. Prior to 2009, she was Group Vice President, Global Refining at BP plc. Ms. Warner serves as a Trustee of the Committee for Economic Development and is a member of the National Petroleum Council. She is on the Vanderbilt University School of Engineering Board of Advisors and serves as an Advisory Board Member for the Columbia University Center on Global Energy Policy (CGEP).

Other Directorships and Memberships: Trustee of the Committee for Economic Development; Member of the National Petroleum Council; Board of Advisors of Vanderbilt University School of Engineering; Columbia University Center on Global Energy Policy (Advisory Board Member)

Finance: More than a decade of fiscal responsibility and experience at Sapphire Energy, Andeavor/ Marathon, and Renewable Energy Group, Inc.

Global Business/International Affairs: Former CEO of an international company that produces and supplies renewable fuels like biodiesel and renewable diesel, renewable chemicals, and other products. Current and former director of companies with international operations. Worked and resided internationally for over ten years, including having responsibility for operations of refineries and pipeline systems in five continents.