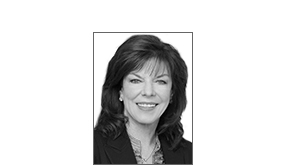 Ms. Reed-Klages served as Chairman from 2012, Chief Executive Officer from 2011, and President from 2017 until her retirement in 2018 from Sempra Energy (“Sempra”), an energy services holding company whose operating units invest in, develop, and operate energy infrastructure and provide electric and gas services to customers in North and South America. Prior to that, she was Executive Vice President of Sempra from 2010 to 2011. From 2006 to 2010, she served as President and Chief Executive Officer of San Diego Gas and Electric and Southern California Gas Co. ("SoCalGas"), Sempra’s regulated California utilities. She joined SoCalGas in 1978 as an energy systems engineer.

Business Leadership / Operations: Served seven years as CEO of Sempra. Over three decades of experience in senior management and executive positions at Sempra, including responsibility for utility and infrastructure operations.

Environmental Affairs: As Chairman and CEO of Sempra, oversaw all aspects of Sempra’s environmental and sustainability policies and strategies, which include initiatives to address challenges like limiting water use, improving the quality and efficiency of operations, infrastructure development and access to energy, human health, and environmental safety.

Finance: Former Chairman and CEO of Fortune 500 company. More than a decade of financial responsibility and experience at Sempra. Former CFO of San Diego Gas & Electric and SoCalGas.

Government / Regulatory / Public Policy: At Sempra, worked with and adhered to the rules established by the California Public Utilities Commission, the principal regulator of Sempra’s California utilities. Served four years on the National Petroleum Council, a federally chartered advisory committee to the U.S. Secretary of Energy.

Science / Technology / Engineering: B.S. in civil engineering from the University of Southern California. Served in a variety of senior management and executive positions at Sempra, requiring expertise in engineering and technology. Director at Caterpillar, a manufacturer of construction and mining equipment, and Lockheed Martin, a global security and aerospace company.