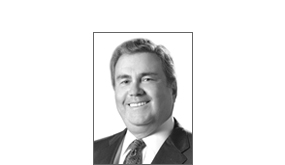 Mr. Hernandez has been Executive Chairman of Inter-Con Security Systems, Inc. (“Inter-Con”), a global provider of security and facility support services to governments, utilities, and industrial customers, since 2021. He previously served as Inter-Con’s Chairman and CEO from 1986 until 2021 and President from 1986 until 2018. He was previously Executive Vice President and Assistant General Counsel from 1984 until 1986. Mr. Hernandez was an associate of the law firm of Brobeck, Phleger & Harrison from 1980 until 1984.

Business Leadership/Operations: More than three decades as Chairman and CEO of Inter-Con. Co-founder of Interspan Communications, a television broadcasting company. Director of The Macerich Company and Chairman of the Board of McDonald’s Corporation.

Leading Business Transformation: Extensive leadership experience transitioning in both media and security industries, having been a founder of Inter-Span Communications, a pioneer in Spanish language broadcast television in the U.S., and at Inter-Con where he evolved traditional physical security practices into a multinational industry leader, creating and utilizing proprietary technology platforms and techniques.