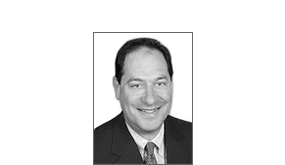 Mr. Frank has been Vice Chairman since 2014, and Director since 2007, of Oaktree Capital Group, LLC (“Oaktree Capital”), a global investment management company with expertise in credit strategies. He is one of four members of Oaktree Capital’s Executive Committee and was previously the firm’s principal executive officer. Mr. Frank was Oaktree Capital’s Managing Principal from 2005 until 2014, having joined Oaktree Capital in 2001 as General Counsel. Prior to that, he served as a Partner of the Los Angeles law firm of Munger, Tolles & Olson LLP, where his practice focused on mergers and acquisitions and general corporate counseling.

Finance: More than 22 years of financial responsibility and experience as a senior executive at Oaktree Capital, and as the partner responsible for financial affairs at the law firm of Munger, Tolles and Olson LLP.

Government/Regulatory/Public Policy: Two decades of experience working with government officials regarding regulatory and public policy issues, including testimony before the U.S. Senate Finance Committee and as a senior executive of Oaktree Capital. Served as a Legislative Assistant to the Honorable Robert F. Drinan, Member of Congress, and as a law clerk to the Honorable Frank M. Coffin of the U.S. Court of Appeals for the First Circuit.