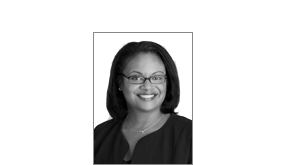 Prior to 2016, Morris held a number of roles of increasing responsibility in human resources, global marketing and international products.

In 2014, Morris received the Industry Leader Award from the Professional Businesswomen in California recognizing her work to advance gender equality in the workplace. Morris serves on the boards of Techbridge and the East Bay Agency for Children.

She previously served on the boards of A Better Chance, a national organization dedicated to opening the door to educational opportunities for thousands of young people of color in the United States, the Math Engineering and Science Association at the University of California at Berkeley and the Consortium for Graduate Study in Management.

Morris joined Chevron’s Human Resources Development Program in 1991. She earned a bachelor's degree from the University of California, Davis, in 1987 and a master's degree in business administration from Boston University in 1991.