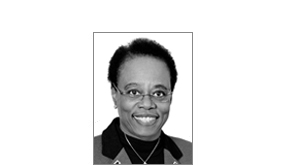 Lead Director since May 2022

Dr. Austin has held an adjunct Research Professor appointment at the University of Southern California’s Viterbi School’s Department of Industrial and Systems Engineering since 2007. She has been Co-founder and Chief Executive Officer of MakingSpace, Inc., a leadership and STEM (science, technology, engineering, and math) consulting firm since December 2017. She is a World 50 executive advisor, fostering peer-to-peer discussions among senior executives from some of the world’s largest companies. She served as Interim President of the University of Southern California from August 2018 until July 2019. She served as President and Chief Executive Officer of The Aerospace Corporation (“Aerospace”), a leading architect for the United States’ national security space programs, from 2008 until her retirement in 2016. From 2004 to 2007, she was Senior Vice President, National Systems Group, at Aerospace. Dr. Austin joined Aerospace in 1979.

Finance: More than a decade of financial responsibility and experience at Aerospace. Audit Committee member at Amgen Inc.

Government/Regulatory/Public Policy: Served on the President’s Council of Advisors on Science and Technology and the President’s Review of U.S. Human Space Flight Plans Committee. Appointed to the Defense Policy Board, the Defense Science Board, and the NASA Advisory Council.

Leading Business Transformation: As President and CEO of The Aerospace Corporation, led the technical evaluation and certification of the launch enterprise transition to a commercial business model for national security space missions. Numerous awards for leadership and impact. As Interim President of the University of Southern California, implemented transformational governance measures to raise the bar at a time of great challenge – e.g. systemic lapses involving college athletics program, student admissions.

Science/Technology/Engineering: Ph.D. in Industrial and Systems Engineering from the University of Southern California, Master of Science in both Systems Engineering and Mathematics from the University of Pittsburgh. Thirty-seven-year career in national security space programs. Director at Amgen Inc., a biotechnology company, and Virgin Galactic Holdings, Inc., the world’s first commercial space line and vertically integrated aerospace company. Honorary fellow of the American Institute of Aeronautics and Astronautics. A member of the National Academy of Engineering.