did you know?
An initial 150 terajoules per day (Tj/d) of gas is being supplied to foundation customer Synergy, Western Australia’s largest energy generator, and an industry customer under long-term contracts signed in November 2011. To put this into perspective, one terajoule is enough gas to supply an average home for about 50 years.

“This is a significant development for domestic gas in Western Australia and we are committed to being a safe and reliable supplier of domestic gas to our customers for decades to come,” said Nigel Hearne, managing director of Chevron Australia. 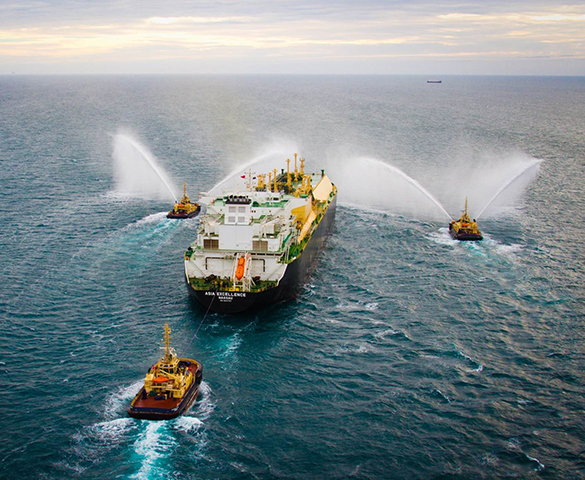 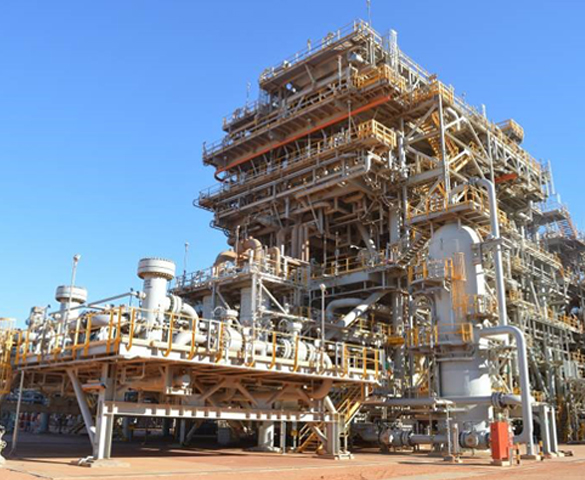 Left: The Asia Excellence, one of six new LNG vessels in Chevron Shipping’s fleet, delivered the first cargo of LNG from the Gorgon Project to foundation customer Chubu Electric in Japan in 2016.
Right: At full capacity, Gorgon domestic gas can generate enough electricity to supply 2.5 million households. That’s equivalent to all the homes in Perth and Melbourne.

The delivery of domestic gas is part of Gorgon’s long-term supply commitment. It follows the first shipment of LNG from Gorgon’s first liquefied natural gas (LNG) processing train, which departed from Barrow Island in March 2016 and was delivered to one of Chevron’s foundation partners, Chubu Electric Power (now JERA), in Japan. Gorgon’s second LNG train achieved first gas on October 25, 2016.

As of early March 2017, Trains 1 and 2 at Gorgon were producing about 230,000 oil-equivalent barrels a day of LNG and domestic gas. Twenty-two cargos of LNG have been shipped thus far in 2017. On March 28th, first gas was achieved at Train 3 of the Gorgon Project.

Domestic gas from Gorgon is transported to the mainland via a 56-mile (90-km) pipeline, connecting into the existing Dampier-to-Bunbury natural gas pipeline for delivery to residential and commercial consumers across the state. Construction of the 20-inch domestic gas pipeline began in 2011 and was completed by mid-2013.

“As part of the rehabilitation activities, we planted more than 4,000 mangrove seedlings along the pipeline route to assist vegetation and restabilization of the environment,” Brubaker continued. “While there was no specific requirement to replant mangroves along the corridor, we identified an opportunity for a best practice environmental outcome.”