The remote Village of Questa, cradled by northern New Mexico’s Sangre de Cristo scenic mountains, valleys and mesas, has been inextricably linked to Chevron’s century-old molybdenum mine. With the mine’s closure in 2014, the company is helping to guide this remote community toward a new future.

“The Questa Economic Development Fund (QEDF) was set up in 2008 to drive positive economic development opportunities for the community,” said Bob John, president, Chevron Mining. “We’re supplying expertise and funding, but the community is leading the change.”

Residents and representatives from local businesses and government are leading the QEDF. Together, they’re helping the village move toward a diverse, sustainable and equitable post-mining economy. Chevron has already invested $4.2 million in the QEDF. We will invest $320,000 annually over the next eight years, with $120,000 of that sum earmarked each year to an endowment for economic development opportunities and to help the QEDF become self-sufficient over the long term. In late 2014, we also hired Christian Isely as an economic development advisor to work full-time with the QEDF and the community to promote new business opportunities in Questa.

“My ongoing work with the community contributes toward a successful exit strategy by focusing efforts on embracing new economic opportunities instead of Questa relying on Chevron as an economic driver and job creator,” said Isely. “This is a strong and determined community. They will succeed.” 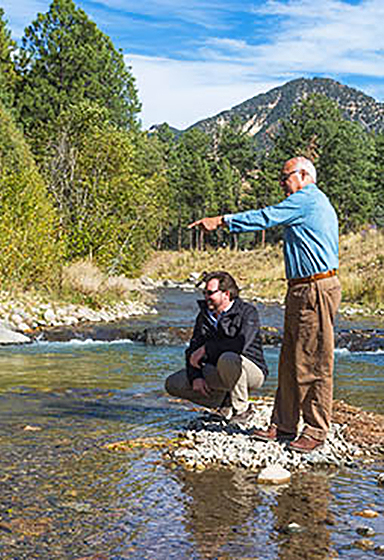 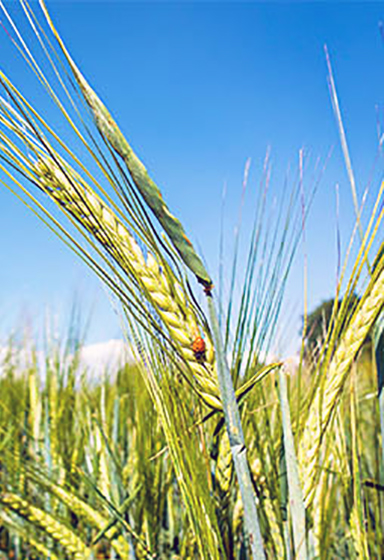 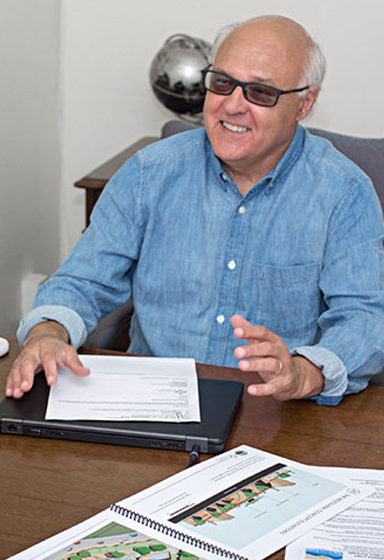 The QEDF is focused on the village’s strengths: its Spanish frontier heritage and natural beauty and its agricultural potential.

“We’re surrounded by natural and cultural treasures that offer tourism opportunities, and by farmland to support a variety of industries,” said Malaquias Rael, QEDF chairman and a former mayor of Questa. His family has lived in the village since the 1800s.

Questa residents like Rael are creating a new future in their historic village of 1,800 people, which was founded in 1842 at the confluence of the Red River and Rio Grande Gorge. It’s roughly a 30-minute drive south to Taos and 20 minutes east to the resort town of Red River. For generations, the mine had been the village’s primary economic driver, employing 300 to 600 area residents over the years. Low molybdenum prices and increased operational costs changed the circumstances for the mine in 2014. After an extensive review of the mine’s long-term economic viability, Chevron Mining Inc. (CMI) announced the mine’s closure that year; it was the last operating asset in the CMI portfolio.

What is molybdenum?
The Questa Mine produced molybdenite concentrate, an element with a high melting point used in corrosion-resistant stainless steels, including pollution control equipment, high-performance automobile parts, medical equipment, petroleum refining catalysts and lubricants, and many home tools.

With the mine closed, village leaders are now working with Chevron using relevant portions of the Chevron Project Development and Execution Process (CPDEP) to identify, complete and evaluate projects.

“Chevron wants to make our community whole,” said Rael. “They’ve been sincere about what they say and do to make that happen.” Rael cited several projects resulting from Chevron’s community engagement that he hopes will attract tourists and grow the agricultural industry, including restorations of Eagle Rock Lake, segments of the Red River and the adobe San Antonio del Rio Colorado church built in the mid-1800s. Area leaders also have a pilot project to determine whether high quality barley can be grown in the area.

“It’s a way to capitalize on the success of craft breweries in the region,” said Rael. “We can’t have a single focus anymore. We must diversify our economy, expanding locally and regionally.”

Questa’s business park was built to lure new companies. This fall, Taos Mountain Energy Bar is moving its manufacturing facility there, which will begin hiring locally with the goal of creating 15 new jobs over the next five years. The company was launched in a Taos test kitchen and is now selling its products in thousands of stores.

“We probably wouldn’t be in Questa without the proactive work of the QEDF to help us secure economic development funding from the state to grow our business,” said Kyle Hawari, Taos Mountain Energy Bar co-founder. “We see our company as part of the foundation of Questa’s future economic success and think the business park can become a regional hub for food manufacturing.”

QEDF Treasurer Gordon Robinson is excited about Taos Mountain Energy Bar’s entry into Questa. A retired teacher whose father worked at the mine, Robinson has lived with his family in Questa for 40 years. He said some high school students thought they’d simply work in the mine after they graduated. “That's all changed, but I see the village’s evolution as a great opportunity,” Robinson said. “The energy bar company is an example of how we’re going to have to become more entrepreneurial. The Fund and Chevron are providing expertise to help us prosper.”