featureminimizing gas flaring in the permian

creating a culture of environmental accountability 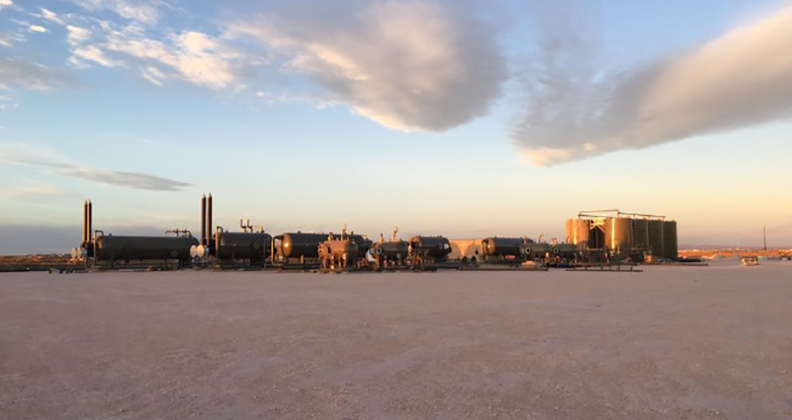 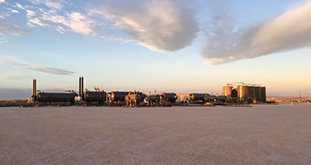 A Chevron tank battery in the southeast New Mexico area of the Permian Basin.

Don Puckett committed his career to making operations across Chevron safer and environmentally responsible for nearly 20 years. Prior to his retirement in 2020, he led the company’s efforts to cut air emissions in the Permian Basin as the General Manager of Operations in Midland, Texas.

Many energy producers flare natural gas when gas gathering and transportation infrastructure is not in place to move the gas to the market. While this allows oil to be produced, it also allows a valuable energy source to be lost and produces carbon dioxide (CO2) and other greenhouse gas emissions.

Flaring is a frequently discussed social and environmental issue in the Permian Basin, where Chevron has operated for approximately 100 years.

“We’re a member of the community and have been for a century. We know that reducing flaring is the responsible thing to do.”

Chevron’s approach to unconventional development in the Permian Basin has resulted in industry leading environmental performance. According to Rystad Energy, 40 of the largest gas producers in the basin in 2019 averaged 6.1 percent flare share of production, while Chevron's Permian operations flared at just 1.07 percent.

It is a point of personal and professional pride for Don and his team that Chevron commits the resources and planning necessary to ensure that natural gas pipelines are available before a well is brought on to capture production. This minimizes the need to flare during the early phase of production when gas volumes are at their peak.
“We design, construct and operate our facilities with the goal of reducing emissions, our strong performance is the result of a lot of effort by a lot of people across the value chain.”

Don says Chevron’s approach to avoiding flaring has been built into its culture. After Hurricane Harvey hit in 2017, several refineries were unable to operate, which impacted Chevron’s ability to move natural gas to the market. This created a difficult situation for the company, because the only way to continue producing oil would be to flare the gas. Even so, Chevron made the decision not to flare, which meant that tens of thousands of barrels of oil production a day were down for weeks.

This could have been a challenging decision to make, but Don found support for it throughout the company. “I even checked in to say, ‘Are we sure this is the right thing, given the hurricane?’ And I got such a supportive response,” said Don. “We weren’t going to flare regardless of the cost. It made me really proud of the company that it has this mentality not to flare ingrained in it.”

Other companies are taking notice and following Chevron’s lead by attempting to put the proper infrastructure in place to reduce flaring. “We are the leader in this space, and we are working with other operators to share best practices and improve industry performance across the basin,” said Don.

While Don loved his job, he is confident that he’s leaving the business in good hands and looks forward to playing and watching sports and spending more time with his family in retirement.