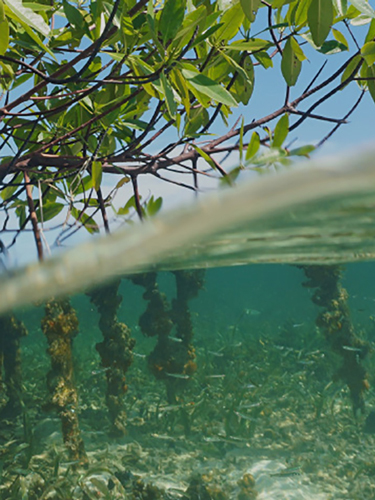 Biodiversity is the variation in living things in different regions on Earth, including the ecosystems and ecological processes that support them. Maintaining global biodiversity is a prominent and widespread public issue.

Chevron recognizes the importance of protecting and conserving a region’s biodiversity, and we have a long history of collaborating with communities, industry groups, regulators and conservation groups to identify and protect biodiversity in parts of the world where we operate. We also work to protect biodiversity through our operating practices and innovative solutions. This includes investing in scientific research and development to improve data quality and identify new technologies to manage biodiversity.

Protecting the safety and health of people and the environment is a Chevron core value. Therefore, we:

For the past four years, my team and I have provided environmental support for the Mid-Continent business unit, working with multiple cross-functional development teams in Texas and New Mexico. For these projects, we’ve utilized Chevron’s Protective by Design concept to inform our decision making when developing new sites.

For example, in the East Texas Deadwood Development Area, we use field surveys and Geographic Information System data to plan flowlines and well pad locations that reduce potential impacts within the development area and to plan construction schedules to reduce vegetation removal during the nesting season that potentially could impact migratory birds.

The Delaware Ranch Development Area in Texas straddles the Delaware River and is identified as potential habitat for the protected Texas hornshell mussel. The project team selected a plan to separate operations on either side of the river that avoids impacting the mussel’s potential habitat. When planning development for the Dagger Lake Development Area in New Mexico, we strategically selected well pad locations that would avoid disturbing a designated habitat area for the lesser prairie chicken while still being able to access oil and natural gas utilizing horizontal drilling. We are also placing perching deterrents on taller facilities near the habitat area to ward off predators of the lesser prairie chicken.

I feel fortunate to work for a company that is proactive and places a high value on incorporating environmental considerations into our construction and operations. Establishing Chevron’s approach up front enables further implementation of our Protective by Design concept.

We strive to avoid and reduce significant impacts our projects and operations may have on sensitive species, habitats and ecosystems. This means that we:

As a member of the Influence of Structures In The Ecosystem (INSITE) program, Chevron has contributed to building a legacy of scientific investigation into the potential influence of marine structures on the ecosystem. INSITE is a public/private partnership with the U.K. government, academia and industry that leads research projects and a Ph.D. scholarship program. The objective is to provide stakeholders with independent science-based studies to better understand the influence of man-made structures on the ecosystem of the North Sea.

We undertake activities to raise internal and external awareness of the importance of conserving biodiversity and ways the company is addressing it. These include:

We invest in scientific research and develop and implement new technologies to manage biodiversity on and surrounding our assets.

Chevron’s Mustang comprehensive drilling plan (CDP) covers nearly 100 square miles in northern Colorado. It was the first CDP approved by the Colorado Oil and Gas Conservation Commission (COGCC). Colorado Parks and Wildlife designated some of the Mustang area as high-priority habitat for Eastern Plains native fish, nesting areas for hawks and bald eagles, and winter rangeland for pronghorn and mule deer. This designation led Chevron to develop the area in a way that avoided identified nesting sites and wetland areas. By reducing or avoiding development in floodplains and wetlands, we seek to maintain the ecosystem support that a floodplain and associated wetlands provide, including water flow regulation and flood attenuation, water quality improvement, and other ecological functions that enhance biodiversity.

Chevron Thailand worked to transform seven platform jackets into an artificial reef spanning over 1,600 feet. Creation of the artificial reefs enabled Chevron not only to reduce asset retirement costs, but also to provide habitat for marine life and recreational diving opportunities, benefiting local fishers and communities and enabling scientists to further study artificial reef science and the value of such infrastructure in the Gulf of Thailand. Today, Chevron is working with Chulalongkorn University in Thailand and Curtin University in Australia to monitor the artificial reef over a three-year period, examining fish, benthic communities, sediment, plankton, and a range of water quality aspects and overall ecosystem value. In collaboration with the Scottish Association of Marine Science, we piloted a new technology in 2021, Structure from Motion 3D Photogrammetry, to collect and analyze video images from the artificial reef. The technology integrated the video images into geospatial software to create a 3D computer model that was analyzed to quantify 3D ecological characteristics of marine growth on the reef site.

Through our membership in the United Nations World Conservation Monitoring Centre Proteus Partnership, Chevron contributes to the development of the World Database on Protected Areas, which is now included as a key component of the Integrated Biodiversity Assessment Tool (IBAT). We utilize information from the IBAT to screen projects for proximity to the International Union for Conservation of Nature (IUCN) Protected Management Area Categories I–IV, the IUCN red list of threatened and endangered species, and the World Database of Key Biodiversity Areas. Access to this data in the early stages of project planning helps us utilize our Protective by Design concept and apply the mitigation hierarchy. As of December 2021, Chevron had no production operations within IUCN I–IV protected areas.

For more than 15 years, Chevron has worked with Conservation Volunteers Australia, and in 2021, Chevron Australia announced a new initiative to support nature-based solutions to climate change. The initiative will result in 10 wetland locations across Australia receiving critical restoration. Wetlands can reduce the impacts of floods, offer notable ecosystem services and improve water quality. They are also home to a wide variety of native animals, fish and plants. The initiative will also contribute to innovative blue carbon research.

During construction of the Angola LNG (ALNG) facility, we became aware that Olive Ridley sea turtles had begun using the area as a nesting site. In response, ALNG engaged the Wildlife Conservation Society to implement a turtle conservation program. A community education program was established within local communities about the importance of protecting sea turtles. Data were collected on local turtle populations, and risks to nesting turtles from construction activities were mitigated. In addition, nests were monitored in place or relocated to a protected hatchery. The conservation program started in 2006 with the support of local fishermen and community members, and by the end of 2020, more than 105,000 turtle hatchlings had been released from the hatchery. In 2021, ALNG signed a memorandum of understanding with Kitabanga Project that included a commitment to fund and monitor the ongoing conservation program.

Chevron monitors green turtle hatchlings on Thevenard Island, Australia, as they journey from nest to ocean. We have measures in place to prevent the turtles from being disoriented by lights from onshore oil wells being decommissioned.

Approximately 30,000 turtle hatchlings emerge from their Thevenard Island (TVI) nests during Australia’s summer months, December through March, and traverse the beach to the ocean. The 2018 migration coincided with the TVI Onshore Plug and Abandonment Project, which involved decommissioning 15 onshore wells after the TVI oil fields and production facility reached the end of their economic life.

Three species of sea turtle inhabit the waters surrounding TVI, and all of them are sensitive to light. Several Australasian business unit (ABU) teams working together identified that the 24-hour well decommissioning cycle could pose a risk to the turtle behavior, as the lights associated with the rig could distract hatchlings from their seaward journey. The project worked to develop a strategy to accommodate the project execution and the protection of the turtles.

To protect the turtles while adhering to the administrative schedule, the ABU partnered with the regulators and fauna handlers to implement risk mitigation strategies. Turtle fences were installed around well pads, regular lighting assessments to assess the efficacy of lighting controls were conducted, hatchling movements were monitored and temporary rig shutdowns occurred during high-risk periods to protect the turtles.

This quick response to the needs of the environment reduced risks to both the project and the turtles.

Chevron's management of the oil field on Barrow Island, off the northwest coast of Australia, is recognized as an industry benchmark for the coexistence of petroleum development and biodiversity protection. Since operations began in 1964, Chevron has implemented measures designed to prevent the introduction of invasive mammal species and the spread of weeds on this Class A nature reserve.

The biodiversity plan for our Tengizchevroil joint venture includes debris removal in the Caspian Sea to protect endangered wildlife. This Caspian seal was entangled in an abandoned fishing net, rescued, provided care and released.

Ghost nets are lost, abandoned or discarded fishing nets that can be deadly to marine life. Our Tengizchevroil (TCO) joint venture identified removal of floating ghost net debris from the Caspian Sea as a key initiative in its biodiversity action plan. The 2017 debris removal pilot achieved impressive results, and due to its success, TCO collaborated with the government of Kazakhstan and two nongovernmental organizations (NGOs) to expand the program. As a result of these partnerships, 2,856 kilograms in nets and 6,496 kg in debris were collected in less than three weeks, in 2019. Debris identified as suitable was recycled by incorporating it into cement and asphalt mixtures for road and pavement repair. Debris not suitable for recycling was disposed of by a licensed third-party waste contractor. TCO will continue working to increase awareness of the harm that ghost nets can do and encourage operators in the Caspian Sea to develop their own programs to protect marine life.

Chevron supports the Lekki Conservation Center in Lagos, Nigeria, as part of our effort to preserve nature wherever we operate. Located across the street from Chevron’s Lagos offices, this urban nature preserve is the only one of its kind on the Lekki Peninsula. Its 193 acres (78 hectares) of swampland and savannah are home to monkeys, reptiles and birds. 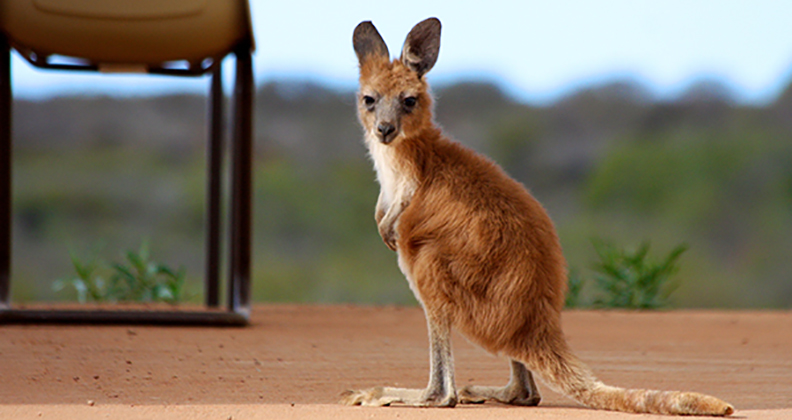 Chevron has instituted a strict quarantine management system to protect biodiversity on Barrow Island. In addition to being a Class A nature preserve, the island off Western Australia is also home to Chevron’s massive Gorgon natural gas development project.

protecting habitat in the piceance basin

tortoises of the mojave desert

Wild Files is an infographic story series that spans the world to cover interesting examples of how we deliver on our commitment to environmental stewardship.

We recognize the value of water as a fundamental societal, environmental and economic resource

Decommissioning, remediation, reclamation and/or abandonment of sites and facilities

2021 Supplement to the Annual Report pdf opens in new window