tengiz expansionsupersizing the output of a supergiant field

Deep beneath the western Kazakhstan steppe is a giant reservoir known as the Tengiz Field, where the oil column measures an incredible 1 mile (1.6 km) across. With a surface area more than four times that of Paris, France, Tengiz ranks as the world’s deepest producing supergiant oil field and the largest single-trap producing reservoir in existence. Nearby is another world-class reservoir, the Korolev Field. Chevron holds a 50% interest in Tengizchevroil (TCO), which operates the two fields. Today, the fields’ yearly output could satisfy the annual oil demand of entire nations.

TCO’s crude oil production in the first half of 2021 was 13.5 million tonnes

The integrated Future Growth Project – Wellhead Pressure Management Project (FGP – WPMP) is designed to further increase total daily production from the Tengiz reservoir and maximize the ultimate recovery of resources. WPMP will keep the existing Tengiz plants full by lowering the flowing pressure at the wellhead and then boosting the pressure to the inlet requirements of the six existing processing trains.

FGP – WPMP is the third-generation expansion project in a 20-year process that has steadily increased production from the Tengiz oil field. FGP-WPMP will reinject all of the naturally occurring hydrogen sulfide, or sour gas, produced during oil processing. Sour gas injection helps maintain the pressure in the reservoir and will increase daily crude oil production from Tengiz by approximately 260,000 barrels per day. This technology was successfully developed and proven during TCO’s expansion in 2008.

FGP – WPMP adopted a modular approach to development for time and cost advantages and to meet quality, reliability and safety requirements. Modules and preassembled racks are fabricated in South Korea, Italy and elsewhere in Kazakhstan. Modules from South Korea and Italy come through Finland and Bulgaria to the Russian inland waterway system to reach the Cargo Transportation Route (CaTRo). Fabrication yards in Kazakhstan also transport modules to Tengiz via CaTRo. Owned and operated by a Kazakhstani company, CaTRo is a vital part of FGP – WPMP. It includes a channel in the Caspian Sea, offloading facility in Prorva in Atyrau Oblast and 25-mile road to TCO. 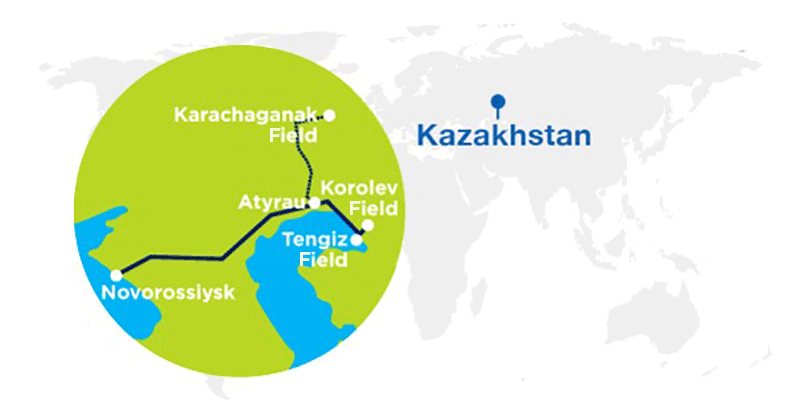 Tengiz and Korolev are located approximately 6 miles (10 km) east of the Caspian Sea. 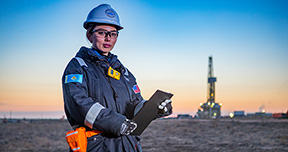 building capacitygrowing the use of kazakhstani
goods and services

TCO works with current and potential suppliers to build their understanding of the international quality and safety standards of the oil and gas industry. The continued development of Kazakhstani manufacturers and service providers who meet international standards is the cornerstone of TCO’s sustainable development strategy and creates significant long-term benefit for Kazakhstan.

Since the commencement of FGP – WPMP, TCO purchased over $11.9 billion in Kazakhstani goods and services.

To achieve its Kazakhstani content objectives, TCO believes it must generate long-term opportunities for local suppliers of goods and services. TCO will continue to support the sustainable development of Kazakhstani suppliers, encouraging appropriate investments in infrastructure, workforce training and job creation for Kazakhstani citizens.

A significant portion of TCO’s supplier spend is with major contractors who share our dedication to building Kazakhstani content. TCO works closely with major international suppliers and large local companies to nationalize their workforce and localize production.

TCO is currently focused on building Kazakhstani content in the following areas:

TCO operates in western Kazakhstan, but its efforts to develop Kazakhstani suppliers span the entire country. TCO specialists work to identify, assess and qualify companies all over Kazakhstan to do business with TCO.

FGP – WPMP has a dedicated Kazakhstani content team focused on finding opportunities for local content development for the projects. This team works with all project teams, including Contracts, Procurement, Engineering, Logistics, Fabrication and Construction, to identify and work with local goods and services suppliers. This effort through FGP – WPMP as well as the following financial activities are important components of TCO’s legacy for helping build a trained and skilled national workforce: 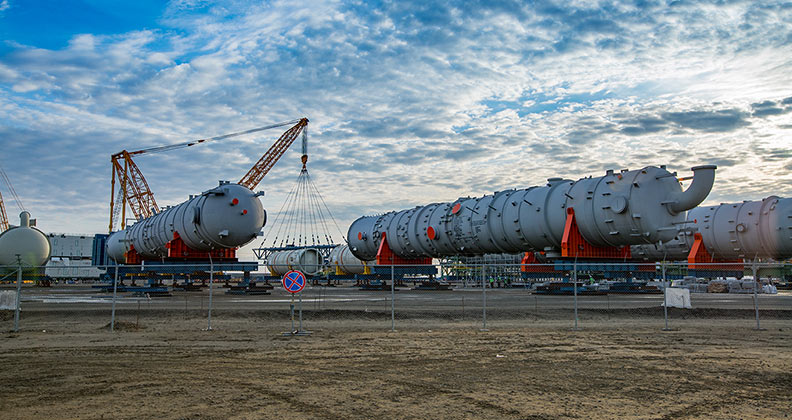 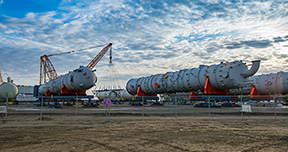 invested by TCO in Kazakhstan since 1993

of TCO jobs are held by Kazakhstani citizens

1From 1993 to March 2016. Includes Kazakhstani employee salaries, purchases of Kazakhstani goods and services, tariffs and fees paid to state-owned companies, profit distributions to Kazakhstani shareholders and taxes and royalties paid to the government.

Minimizing the impact of a global health crisis requires partnership with the people and communities where we operate. Here are some of the ways Tengizchevroil has mobilized to help Kazakhstan recover from the COVID-19 pandemic.

broadening the skills of the kazakhstani workforce 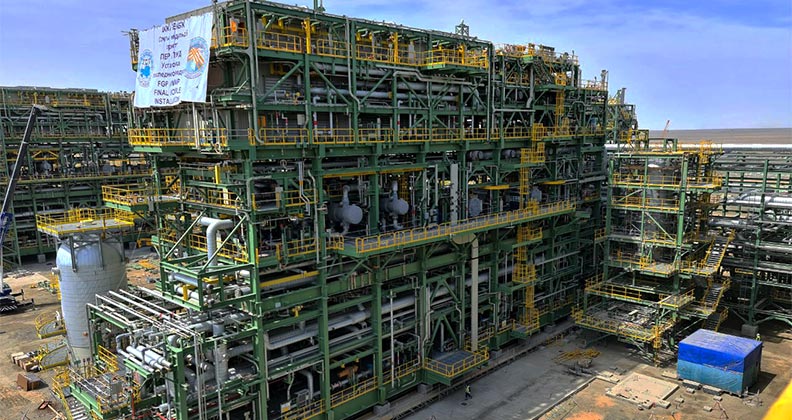 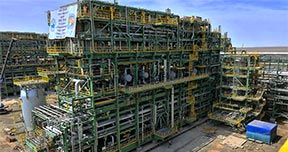 TCO’s FGP – WPMP Craft Training team provides training and upskilling opportunities for craft workers across the entire spectrum of project work. Through its Corporate Social Responsibility program, TCO works to increase labor capabilities and supply of skilled workers to FGP – WPMP by training citizens of Atyrau and Mangystau oblasts to proficient levels. The Craft Training team also works to update the standards used for training of skilled workers in the Republic of Kazakhstan.

Together, these efforts will help ensure that a suitable and competent workforce is provided to meet the needs of FGP – WPMP and create a professional, capable and internationally sought-after workforce for Kazakhstan.

One of TCO’s core workforce development strategies is to invest in our people by developing and empowering a highly competent workforce that delivers results the right way. At the end of 2020, 84% of employees and 85% of senior management in TCO's base business were Kazakhstani.

Talent management enables TCO to meet current and future needs for critical competencies and skills, focusing on finding and developing high-potential employees, talent, future leaders and successors through competency assessment, targeted development and knowledge transfer. As part of the talent management process, the company supports such areas as succession planning, personnel nationalization, international assignments, assignments within the Republic of Kazakhstan and cross-functional assignments between TCO departments.

Since 2007, 375 Kazakhstani specialists have been appointed to manager, middle manager and key engineering and technical positions, replacing foreign employees.

TCO continues to provide Kazakhstani employees with the opportunity to gain international work experience in cooperation with Chevron. This initiative is implemented through international appointment programs to various divisions of Chevron. Its main objective is to develop professional and leadership competencies of the most talented employees.

By the end of 2020, 31 TCO employees worked in various divisions of Chevron under temporary international assignments and assignments within the Republic of Kazakhstan.

Did you know? TCO is the leading energy producer in Kazakhstan.

“The Tengizchevroil joint venture was founded in 1993 with the objectives of delivering stable, reliable production from the Tengiz oil field while steadily increasing our national workforce and our use of Kazakhstani goods and services.”

Tengizchevroil LLP is a joint venture with Chevron, ExxonMobil, KazMunayGas and LukArco.