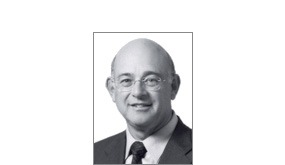 Dr. Sugar is a senior advisor to various businesses and organizations, including Ares Management LLC, a private investment firm; Bain & Company, a global consulting firm; Temasek Americas Advisory Panel, a private investment company based in Singapore; and the G100 and World 50 peer-to-peer exchanges for current and former senior executives and directors from some of the world’s largest companies. He was previously Northrop Grumman Corporation’s Chairman and Chief Executive Officer, from 2003 until his retirement in 2010, and President and Chief Operating Officer, from 2001 until 2003. He joined Northrop Grumman in 2001, having previously served as President and Chief Operating Officer of Litton Industries, Inc., a developer of military products, and earlier as an executive of TRW Inc., a developer of missile systems and spacecraft.

Environmental Affairs: As Chairman, CEO, and President of Northrop Grumman, oversaw environmental assessments and remediations at shipyards and aircraft and electronics factories.

Government/Regulatory/Public Policy: At Northrop Grumman, a key government contractor, oversaw development of weapons and other technologies. Appointed by the President of the United States to the National Security Telecommunications Advisory Committee. Former director of the World Affairs Council of Los Angeles.

Leading Business Transformation: As Chairman, President & CEO of Northrop Grumman, led the business and cultural integration of 27 acquisitions into one Northrop Grumman. Led strategic repositioning of company from a traditional Cold War combat aircraft manufacturer into a diversified defense electronics, information, aeronautics, space and shipbuilding enterprise. Brought in as independent board chairman of Uber to oversee strategic, cultural, and corporate governance transformation in advance of IPO and subsequent large-cap publicly traded company.

Science/Technology/Engineering: B.S., M.S., and Ph.D. in engineering from the University of California at Los Angeles. Served in a variety of senior management and executive positions at Northrop Grumman, Litton Industries, Inc., and TRWInc., requiring expertise in engineering and technology. Director at Amgen Inc., a biotechnology company; Apple Inc., a designer, manufacturer, and marketer of, among other things, personal computers and mobile communication and media devices; Chairman of the Board at Uber Technologies, Inc. (“Uber”), a technology company; and former director at BeyondTrust, a global cybersecurity company. Member of National Academy of Engineering.