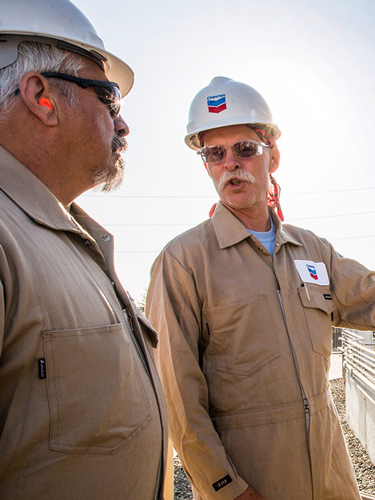 The United States is in the midst of unprecedented transformation. A sudden abundance of energy resources – particularly natural gas, but also oil and renewables – has fundamentally changed our outlook for growth, jobs and the environment.

Natural gas sits at the center of this revolution. Surging supplies translate into lower prices for the many goods and services of which natural gas is a part, including fuel, fertilizer, electricity, raw materials and more.

what is natural gas?

Natural gas is the cleanest burning conventional fuel, producing lower levels of greenhouse gas emissions than the heavier hydrocarbon fuels, like coal and oil. The advantages of natural gas include its efficiency, abundance, and versatility. Historically, natural gas also has been one of the most economical energy sources. By 2040, U.S. households are on track to save an aggregate $100 billion – roughly $655 per household per year – thanks to the rising use of natural gas.

what is natural gas used for?

Natural gas can be used to fuel electric power plants, heat buildings and is used as a raw material in many consumer products, including plastics.

did you know?
By 2040, total energy demand is expected to increase by nearly 30 percent worldwide. Driving that demand is the growing use of energy by billions of people living in developing nations.

Finding ways to sustain growth while lowering emissions is a growing imperative. Though U.S. carbon emissions shrank last year, they have continued to grow worldwide. In coming decades, as new cities, factories and infrastructures rise around the world, U.S. natural gas can help fuel our energy demand and economic growth, both at home and abroad.

what is chevron doing?

Natural gas is a growing segment of Chevron’s energy portfolio.

Chevron expects to substantially increase this volume over the next decade.

where is natural gas found?

Natural gas is found around the world in underground rock formations. Often, natural gas reservoirs are near areas where other fuels – like oil – are found. Although world natural gas resources are plentiful, the regions with natural gas surpluses are often oceans away from the greatest demand. Chevron has the capabilities required to develop resources and deliver natural gas to markets where its use is growing.

Angola LNG Project – Chevron has a 36.4 percent interest in Angola LNG Limited which operates the country’s first liquefied natural gas (LNG) plant. Processing associated gas collected from offshore facilities, the 5.2 million-metric-ton-per-year plant in Soyo made its first shipment in 2013. This is the world’s first LNG plant supplied with associated gas, where the natural gas is a byproduct of crude oil production. The plant has the capacity to process 1.1 billion cubic feet of natural gas per day.

Mafumeira Sul Project, Angola – The main production facility of the second-stage development of the Mafumeira Sul in Block 0 was brought on line in 2017, and gas exports to Angola LNG began to flow that same year.

Nigeria – Chevron participates in several projects in the Niger Delta to increase gas supplies for national and regional power generation and to reduce routine natural gas flaring. In partnership with the Nigerian National Petroleum Corporation, we built a gas-to-liquids plant designed to convert 325 million cubic feet of natural gas per day into 33,000 barrels of liquids – principally, synthetic diesel. The Chevron-operated facility, which began production in 2014, supplies clean-burning, low-sulfur diesel fuel for cars and trucks. We also operate the Sonam Field Development Project, which is designed to process natural gas through the Escravos Gas Plant for delivery to the domestic gas market. And we hold a 36.7 percent interest in the West African Gas Pipeline Company Limited, which supplies Nigerian natural gas to customers in Benin, Ghana and Togo.

Thailand – With operated and nonoperated interests in multiple offshore blocks in the Gulf of Thailand, net average daily production in 2020 was 918 million cubic feet of natural gas. Chevron meets 35 percent of Thailand’s demand for natural gas.

Kazakhstan – Chevron has a 50 percent interest in Tengizchevroil (TCO), which operates the Tengiz and Korolev fields, and an 18 percent nonoperated working interest in the Karachaganak Field. In 2020, net daily production from TCO and Karachaganak was 337,000 barrels of liquids and 541 million cubic feet of natural gas.

Chuandongbei, China – Chevron has a 49 percent nonoperated interest in the Chuandongbei Project, which is composed of several natural gas fields onshore in China’s Sichuan Basin. The Xuanhan Gas Plant has three processing trains, the first of which began production in 2016. Chevron’s share of daily production in 2020 averaged 100 million cubic feet of natural gas.

Indonesia – Chevron’s operated interests in Indonesia include one onshore production-sharing contract (PSC) on the island of Sumatra and three PSCs offshore eastern Kalimantan. Net daily production in 2020 in Indonesia averaged 130,000 barrels of liquids and 44 million cubic feet of natural gas.

Wheatstone Project – The Chevron-operated Wheatstone Project includes an LNG facility with two processing units, capable of producing 8.9 million metric tons of LNG per year, and a separate domestic gas plant. Both the LNG facility and the gas plant are located at Ashburton North, on the West Pilbara coast of Australia. The facilities are fed by natural gas from the Wheatstone and Iago fields as well as by third-party gas. LNG Train 1 startup and first cargo shipment of LNG were achieved in 2017 followed by first LNG from Train 2 in 2018.

North West Shelf Venture – Chevron is a longtime participant in Australia’s North West Shelf Venture, which operates offshore producing fields as well as extensive onshore facilities that include five LNG processing units and a domestic gas plant. Approximately 80 percent of the natural gas is sold in the form of LNG to major utilities in Asia, primarily under long-term contracts.

Argentina – The company’s interests in Argentina include exploration for and production of shale oil and gas resources from the Vaca Muerta formation in Neuquén province. In 2020, daily net production in Argentina averaged 24 million cubic feet of natural gas.

Chevron’s shale and tight-resource portfolio includes significant acreage in the United States and resources in Canada. Areas of particular focus are the liquids-rich shale formations in the Permian Basin and Denver-Julesburg Basin in the United States and the Duvernay Shale in Canada. In Europe, Chevron has a 19.4 percent nonoperated interest in the Clair Field, located west of the Shetland Islands. The project, which has a design capacity of 100 million cubic feet of natural gas per day, began production in 2018 and is expected to ramp up into 2028.

Innovation is increasing supplies of natural gas – and helping to cut emissions in the process.